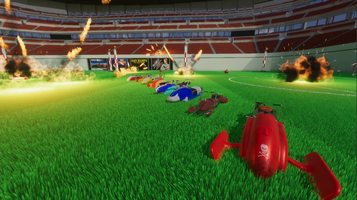 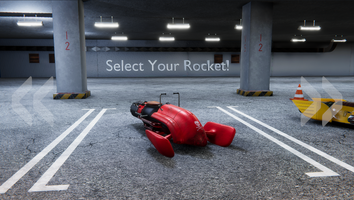 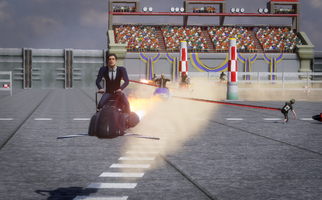 This is the build where you can finally play with a controller and change the keys with a better UI.
Did I mention you can steal people's undies?

- Game might lock up due to physics kerfufflization, I have to hunt down all the reasons for physics exploding. (harder than it sounds).

- Added Wing Damage (still no sound).
- AI is better now, AI is more aggressive with stringing, and It is also smarter in war mode.
- There is a limit of 30 damage per 3 seconds to characters and rockets so that you can't be "Instakilled" by physics

- Fixed losing by getting Strung once by the AI.
- Fixed Infinite power pull by player VS rocket ,now you can't pull rockets with infinity force when grabbed by it and walking away, now if you run away you get tripped.
- Fixed mounted while tethered, you now can't mount a rocket while being strung (fixes some major physics explosions).
- Balls and pucks will now get untethered from pillars after some time.

- Fixed Controller for P1 not working on single player.
- Fixed selecting LOCKED rockets via looking at them and quitting the menu.
- Better Key binding UI (separated by device), can now rebind Merge Cables button
- Added Split screen player indicators.
- Added Game mode instructions in the UI.
- Cable Integrity indicator is cooler looking and pulsing when trying to break free.
- AI less likely to get stuck on foot.
- Fixed LeaderBoard not showing Goals on ball mode (data was saved but shown wrong).
- Leaderboard now shows the level name instead of just RW0101.
- Fixed Trapping not being registered by the character (can't be killed, can't get out).

- Reduced power of TryBreakFree to 5 (20 jump presses to get free)
- Added some cooldown to TryBreakFree so "Turbo Buttons" don't work as instant release cheats.
- Mines are now proximity based instead of collision.

Get Rocket Jockeys - The Remake

Fun, Classic and Legendary! Ride rockets and cause mayhem.